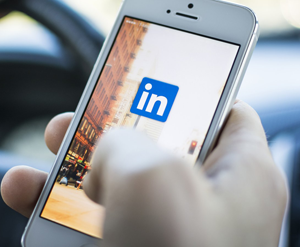 For now, let’s focus on LinkedIn. Why? Well, recently I received another offer from them to test their advertising platform with a $50 credit. This time, I was unable to take advantage of the credit offer on account of having accepted it in the past.

My LinkedIn ad campaign (which I ran well over a year ago) didn’t result in any direct work. That said, it did bring me a few leads which I’ve continued to develop relationships with. In the interest of full disclosure, my ad could’ve done better if I was better educated in how to take advantage of it. At the time I was fairly new to pay per click advertising and admittedly I didn’t put together the best campaign.

Should I Advertise on LinkedIn?

If you’re thinking of trying it, take advantage of one of those offers from LinkedIn. After all, it’s $50 for free! As you’re creating your ad keep in mind these points:

Have a Clear Objective: What specifically are you trying to accomplish? The mistake I made with my ad was simply throwing out a general “Need a voice over” advertisement, and then hoping the people would come to me. I didn’t have a solid plan, and without a solid plan, most efforts will fail… as mine did!

Target Intentionally and Specifically: One of the biggest lessons I’ve learned in online advertising is the importance of targeting. The absolute worst thing you can do is create an ad and throw it out to all male and female users between the ages of 18 and 65 on any country who speak English (as an example). That’s exactly what I did when I tried my first LinkedIn campaign. Bigger isn’t necessarily better when it comes to creating an audience. A small, highly-targeted audience will produce far better results than a really large, entirely general one.

Don’t Just Sell: Good copy for an ad for your voice over services is not, “Professional voice over services.” With a LinkedIn text ad, you only get a sentence or two. Use it wisely and make it compelling. Think of copy that will draw the person in. Your goal shouldn’t be to sell them a voice over from one ad impression. It should be to start a conversation with them.

LinkedIn is a professional network, and if you’re building a solid one – that is, one that doesn’t just consist of other voice actors – there’s potential for you to have success with a well built ad campaign.

The next time one of those $50 credit offers comes your way, put something creative together and see what happens. In this case, you’ve got nothing to lose! 🙂

I had a really great conversation with someone last week about the challenges of selling yourself to another person. For a lot of us, it’s not a comfortable thing to do. People can come to us. That’s fine. We can audition. That’s ok. But to actually tell someone about our voice over services… or offer them… well, many of us struggle.

We don’t want to annoy people.

We don’t want to bother anyone. END_OF_DOCUMENT_TOKEN_TO_BE_REPLACED

Yesterday I posted a picture on my Facebook page. It was a shot of my work station for the day. Postcards, stamps, envelopes, labels, address information. Everything a person needs to do some old school marketing. END_OF_DOCUMENT_TOKEN_TO_BE_REPLACED

Ok, so there’s not officially a voice over element to this commercial. But still… what a brilliant piece of advertising. The concept, the writing and the acting are all priceless. END_OF_DOCUMENT_TOKEN_TO_BE_REPLACED

A couple weeks ago I started redesigning my business cards and postcards. I made a new logo for myself a few months ago, but just never got around to updating some of my promotional material. Truth is, I was having a hard time accepting that I’d have to toss the stock I still had left.

In the end, the desire for brand consistency won out. I redesigned everything. END_OF_DOCUMENT_TOKEN_TO_BE_REPLACED