The trick to building Ikea furniture is to first read the instructions.

All the way through.

From start to finish.

Oh, and then, after you’ve read all the instructions, follow them.

I’ve done casting for more than a few voice over projects, both via Pay 2 Play and direct email invitations. In each of those experiences there is one thing that never ceases to amaze me… the number of voice over actors who are incapable (apparently) of following very clear, very simple directions.

Despite the fact that I provided, what I thought, were very, very clear instructions, what resulted was something entirely different. 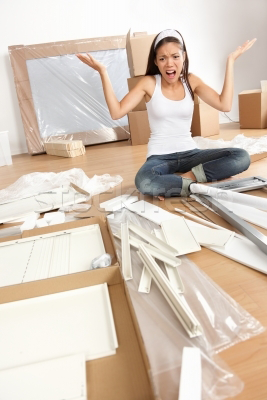 Let me begin by saying that 80% of the respondents did follow my simple instructions. A quick note with a link to their demo. Just like I asked.

These individuals messaged me with novels. Literally. Novels!

They included a history of their professional voice over careers. They name dropped every major client they’ve ever worked with since birth.

No less than six to eight links to various and assorted demos were included. Some included links to everything BUT their explainer video voice over work… which I originally asked for.

Or Face The Consequences

These individuals completely missed what I was asking for, tried too hard, and as a result… their names were not included in my referral list.

Just like your Ikea furniture, if you want to succeed, if you want to get it right the first time, read the instructions all the way through, and then begin the project.

Otherwise when you’ll finish with disaster.