One of the quickest ways to ensure you won’t be considered for a voice over job is by failing to follow basic casting instructions. It’s the first impression the client is going to get of you and how you conduct your business.

You do NOT want to blow it because you didn’t follow basic direction.

Make sure you read audition / casting specs carefully. Pay attention to every single detail, right down to how they instruct you to slate and label the audition file.

Every one of these details matters!

The Importance of Following Casting Directions

How much differently do you think your results would be if you began approaching every aspect of the voice over audition process as if you already booked the job?

Try it and find out.

Have you ever sat down and done the math to add up how much Pay To Play casting site memberships cost you annually?

Right now, for arguments sake, let’s say there are three main players in North America. Two of them have recently raised their annual fee, the third, in my opinion (based on recent activities), likely won’t be too far behind.

Realistically, you could be spending close to $1,000 a year on memberships, assuming you have paid memberships on each of the three main sites (which many talent do).

It doesn’t stop there. 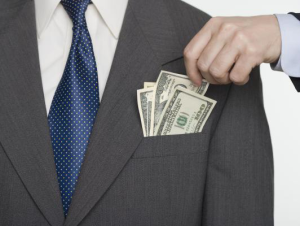 One of the casting sites takes an additional 10% for an escrow fee. On top of that, many of their projects (so I’ve been told) are now “managed projects”, which means an even greater percentage of your final rate is being taken by the casting site.

Speaking of rates, did I mention that on at least two of the main sites they seem to be on the decline?

Another one of these “big three” takes commissions ranging from 15-20%. This, of course, is on top of your annual membership fee.

In other words, more money out of your pocket.

Thousands Out Of Pocket

It’s not unreasonable to assume that casting sites could be costing you literally thousands of dollars a year in fees and commissions. And this is before we’ve even begun to attempt to calculate the amount of time you spend on each site auditioning versus the number of jobs you actually book. That should be part of your cost equation, if you’re being honest with yourself.

I did the math and it didn’t add up in my favour.

When I recently mentioned in a post that I haven’t had a paid membership on a Pay To Play casting site for nearly two years, many talent asked how I did it.

How I Eliminated Pay To Plays

Instead of spending hours a day auditioning across three sites, I took that time and started marketing directly to the end users. The people paying for the voice overs.

The result? Work walking through my door every week. Work that, many times, doesn’t require any auditions. Just final scripts and paid gigs. Better yet… no membership fees, no commissions, nobody preventing direct contact with the client, no rates dictatorship.

More money (that I’m working for) in my pocket… instead of into the Pay To Play’s million dollar bank accounts.

My voice. My business. My rates.

What I did was take back complete control of my career and business, removing the control I had, in essence, been paying casting sites to manage for me.

It’s quite possibly the smartest thing I’ve ever done as a voice talent.

Do you ever get discouraged after you’ve delivered an audition that was your absolute best, and you still didn’t book the gig? What happens when you nail it, but don’t get it?

Recently I read a book about Apple Design Guru Jony Ive (Jony Ive: The Genius Behind Apple’s Greatest Products). In it he discussed the process of submitting a new idea or design to Steve Jobs.

As anyone who is even slightly familiar with Steve Jobs knows, his personality was, shall we say, temperamental? If he didn’t like something, and he often didn’t like new ideas, he wasn’t afraid to tell you straight up.

“This is s+++,” was apparently one of his most often quoted responses.

Jony explained that the trick to presenting something to Steve and walking away with a positive result was to give him options. Generally, three.

The first option would usually be the worst. In fact, in some instances the first option presented wasn’t even a real option at all. Just some random choice offered up in hopes of receiving the “this is s+++” response. You know, to try and get that out of the way.

Option number two would be more viable. Closer to what the final option would be. Something that would peak Steve’s interest, but still likely wasn’t enough to garner his approval.

Then there was option three. This was the option Jony (or the team) really wanted to pursue. The option they wanted Steve to give the go-ahead to. Their thought process was simple. By providing two less than stellar options, it helped to elevate the final option even further.

This trick seemed to work for Jony and his team. More than once.

Could it work for you too?

The Jony Ive Approach To Auditions

In many instances I have clients send me scripts with very specific directions for the type of read they’d like to hear on an audition.

But sometimes they don’t. Sometimes it’s entirely open to interpretation. “Give us what you think,” they say to me.

In those instances, I’ve always employed the same technique that Jony Ive used on Steve Jobs.

I provide the client with two or three options. One or two that might work or the client might be intrigued by. Then one option that I feel is the best option.

Many times over the years, this strategy has worked out perfectly. The audition (or two) that might not be as good a fit often make the other choice stand out even more. Although, that said, a few times, much to my surprise, the client has gone for one of the options I would’ve never actually considered.

Next time you’re submitting an audition and not 100% sure on which direction take, try the Jony Ive approach. You never know, it might just lead to more bookings!