When I went for the interview at the last radio station I worked for several years ago, they already knew plenty about me before I had ever set foot in the station.

Even though my profiles were mostly locked down from a privacy standpoint, they had still gathered plenty of information about me from Facebook, LinkedIn and Twitter. From that, they had a pretty good idea what kind of worker and person I was.

Is that fair? Arguments could be made either way. But it is fact. This is the world in which we now live.

How Social Media Costs You Voice Over Jobs 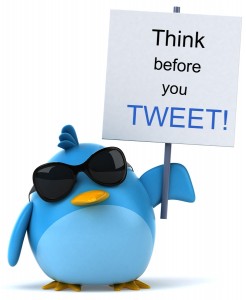 I’m going to let you in on a little secret. Potential voice over clients, particularly larger corporate ones, are checking you out on social media. Guaranteed!

Let me ask you, what will they find?

As a voice actor, as soon as your voice is connected to a project, you’re automatically associated with the product, service or brand. You may be an independent contractor, but don’t for a second think that will stop a potential client, or existing client, from breaking all ties if you do something that could impact them negatively.

Most important rule: The Internet lasts forever. Be careful what you post!