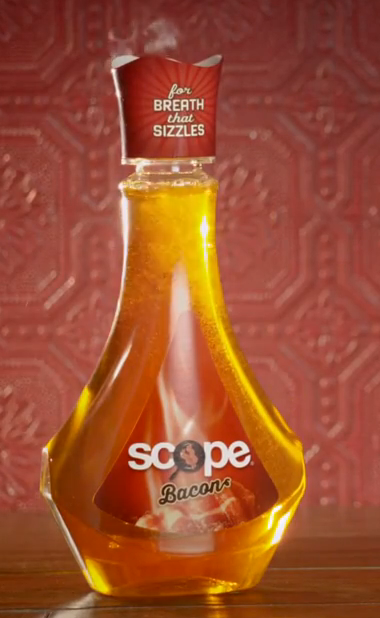 A couple months ago I wrote a post about Biotene Mouthwash. You can read that here (Clicky Mouth? Try Biotene!)

I sang the praises of it’s goodness in fixing the problem of dry clicky mouth, which, as we all know, can be a huge pain in the butt when you’re trying to record a voice over! I tried the stuff and was sold on it with the first rinse. Now I always keep a bottle handy.

Biotene really does work great (and I’m not getting paid to say that – though I likely should be!)

Yesterday on Twitter one of the people I follow (@TASTYVOICE) shared the following video. It’s awesome on a couple of levels. First of all, because it’s got a really great voice over. Second, because it’s all about bacon.

Now, while I’m pretty sure it’s not going to solve your clicky mouth problems (although it might), I’d still be game to try it once.

QUESTION: Would you give bacon mouthwash a shot?