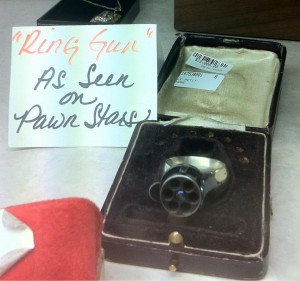 I’m back home after a whirlwind, but extremely fun trip to Vegas. For me one of the highlights (because I’m a nerd like that) was actually visiting Gold and Silver Pawn. For those familiar, that would be the home of Pawn Stars, the History Channel hit show!

When we arrived we were told that the wait would be about an hour, as they were filming. That immediately got me excited. As if it wasn’t enough just to see the place, now I was going to be there while they were filming too?!

After about 45 minutes we were allowed inside. I walked along the cases and kept saying, “I remember that episode” as I noticed all the different items on display. The ring gun was probably one of the coolest items I saw in the store that I remembered seeing on TV. It could have been mine… for the low, low price of $12,000!

I also took a lot of time to enjoy the world champion rings from various sports. They feature that turning display on the show all the time. I believe the most expensive ring was a New England Patriots Super Bowl ring with a price tag of $100,000. I would have bought it, but I left all my money at the casino!

The highlight came when we were told a scene was about to be filmed. We had to act natural, not look around, and no photography was allowed. It just so happened that we were standing at the counter right between Chum and the Old Man. Rick was at the counter on the other side of the store. I’m pretty sure I’ll be in an episode of Pawn Stars.

After the scene was filmed they announced that Chum would be coming out for pictures. If you spent $20 or more your receipt would be donated to charity and you could have a pic with Chum. I really wanted to do it, but we just didn’t have enough time. Getting to see him and the Old Man and Rick during the filming as cool enough for me.

So even though I saw Rick, this was the closest I got to a picture with him. 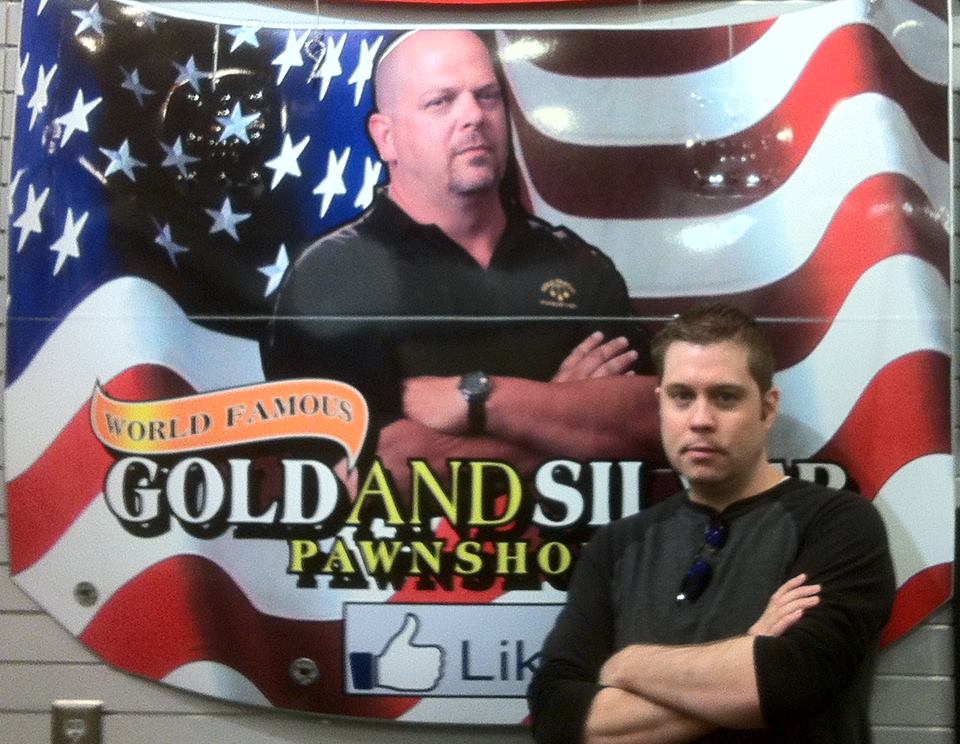