The following is a guest post written by Tanya Buchanan; Owner of Ta-Da! Voiceworks

So … let’s talk demos… The good, the bad and the ugly.

As an agent, I get sent numerous demos a DAY so I can confidently say that I’ve heard and critiqued hundreds of demos. And of all those demos, the vast majority are horrible and not necessarily because of the talent but the talent’s lack of knowledge on the basics of a professional sounding demo.

The first thing I should say right off the bat is that there are a TON of ways to make a good demo (and varied opinions on that) but there are some pretty hard and fast rules on what makes a BAD demo so really, if you can avoid what NOT to do then you are miles ahead of the majority. 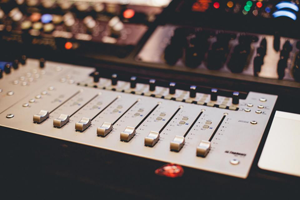 First of all, let’s talk about what the purpose of the demo is. When you’re applying for a job, other than a voice job, you usually submit a resume, right? Well, your demo is exactly that… your resume. It’s an audio sample of what you’ve done and what you can do. Your demo is a way for you to either get an agent or to directly get a job so it better be good because it’s your first, and many times, ONLY chance to make a good impression.

If you submit a less than great demo, you may not get a chance to submit again so it has to be good. But here’s the most important thing… it HAS to sound professional! Your level of talent can always get better with experience but if you send me a terribly produced demo of which you have obviously not done your homework on… it just tells me you don’t care and I’ll never give you another chance. Again, in the real world, would you apply for a job with a resume on ripped paper, in written pen and with spelling mistakes throughout? Of course not! So why would you submit a less than perfect demo?

Years ago, demos were ALWAYS snippets of voice over work that you had already completed… so basically an audio resume of some of your past jobs. And they were also much lengthier… one and half, two minutes… maybe even longer. I may be old school but things were a lot more clear cut back then because agents/casting directors/producers etc. knew that what they were hearing on a demo was an honest representation of what that talent could deliver because they were samples of REAL jobs, jobs where quite often a half dozen people are staring at you behind the glass and hurling confusing direction at a rat-a-tat-tat pace. These demos would show those who listened to them what the talent could do in the REAL world. 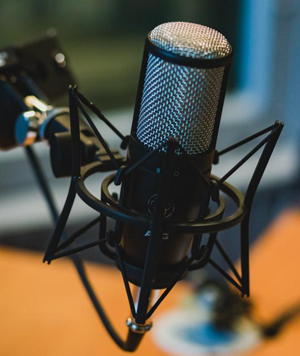 But yes, things have changed. And now, there are umpteen studios/producers chomping at the bit to take your money to create a manufactured demo that makes it SOUND like you’ve done jobs in the real world even when you haven’t. If you’re lucky, you’ll get a producer who knows what he’s doing without spending an arm and a leg but it seems to me based on the demos that I’m hearing that there’s a lot of guys out there producing demos that just have NO idea what they are doing and the talent is the one that suffers. So doing your research and listening to agents, casting directors and producers on what they want to hear is MUCH more valuable then listening to the guy whose sole purpose is to take your money and then send you on your way. It’s also important to know that the “rules” of the demo are ever changing so you need to be listening to the guys that know the trends because even if a demo producer has years of experience producing demos doesn’t mean he knows what’s relevant today.

Which brings me to… what is relevant today? Again, there are lots of ways to skin a cat and varied opinions on what makes a great demo… the DOs so to speak… but the DON’T are pretty universal and are the main reasons your demo will get tossed so its probably the most important thing to know. SO here are some hard and fast DON’Ts when it comes to the demo. 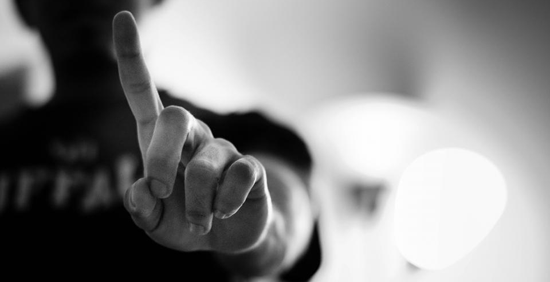 DON’T MAKE YOUR DEMO TOO LONG!! Less is More… demos now are around 1 minute to 1 minute 15 in length … anything longer than that and no one’s listening anyway and if your demo is trying to get you an agent, your agent is going to have to edit it to that length anyway so don’t waste your time trying to give us 20 reads in 2 minutes because it just doesn’t matter… we won’t listen.

DON’T START YOUR DEMO WITH MUSIC OR CHIT CHAT!! The first thing you should hear on your demo is YOUR VOICE! Sounds simple enough but too many demos that I hear start with lovely musical interludes or a little introduction from the talent. No, no, no, no, no. R u crazy? You have a minute or just seconds to impress who’s listening to your demo and you’re going to waste that valuable time with music or chit chat?? Would you start off your resume with a pretty picture??? Nooo, you get right to the meat of things.

DON’T PUT STYLES OF READS ON THERE THAT YOU CANT REPLICATE IN A MATTER OF SECONDS. If you need to do more than 2 takes to get to a style of voice… DON’T DO IT!! It has to be comfortable for you and if its not, leave it out. If it’s a stretch for you, LEAVE IT OUT! If it isn’t something you can get to in a drop of a hat… LEAVVE IT OUT! Your demo should be you, as you speak day to day, you may finesse your intonation and diction accordingly but do not “put on” you voice Why? Well, quite often you are hired off your demo and if the client says to you, I really like that second spot on your demo… can you give it to me like that? And you take half an hour to get there… they are not going to be pleased and are they going to hire you again?? Not likely!

DO NOT PUT ACCENTS OR CRAZY CHARACTER VOICES ON YOUR GENERAL COMMERCIAL DEMO!! Accents and Character reads are a good thing but not on your commercial demo… they should be put on a specialized animation demo or character demo. If you want, you can put a character or accent maybe at the very end to show your range but certainly nowhere near the beginning of the demo. Now if accents and character are all you do, then make sure you say this off the top to whoever you send the demo to.

DON’T OVER PRODUCE THE DEMO! We want to hear your voice! Not music and sound effects and great production… sure it may sound sleek but it takes away from your voice… and that’s NOT what you want to do. And don’t include transition snippets between spots…it sounds corny and dated and again distracts the listener from your voice.

Want more advice? Check back Friday for Part 2 of this post, including more DO’s and DON’Ts