I read a story today. A story told by a young man in medical school. More specifically, a story about an experiment this young man conducted in one of his science classes. 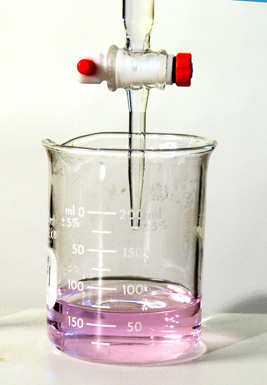 The experiment involved two beakers containing clear liquids. The liquids, when combined in just the right mixture, would turn pink.

‘This was a painstaking experiment. You see, it wasn’t simply a matter of pouring one beaker of liquid into the other. Instead, this had to be done one drop at a time. Each drop counted on a page. Minutes passed with no results, until finally, after yet another drop, the solution turned pink. But only for a split second. Then it turned clear again.

After several more drops, the desired result finally occurred. The decisive drop was released. A pink solution filled the beaker. In an instant, everything changed!

The Moral Of The Story

This particular story was told to illustrate the work of prayer. In many cases, it’s not simply one prayer that gets the job done. Sometimes it makes many prayers. And then there is a tipping point. A moment when what we’ve been praying for finally comes to pass. However that may look.

One prayer is not more important than another. It’s not a matter of finally having that one prayer with the right words that changes everything. Instead, it’s the cumulative work of all our prayers that finally bring about change.

A Lesson In Voice Over Perseverance

I tell you this story today, not because I’m teaching you how to pray. Though, it’s a practice I’d certainly encourage! Instead, I think there’s a valuable lesson in this experiment for your voice over business.

Instead, it’s a series of drops into the voice over beaker, so to speak. A process that takes time and patience and, of course, perseverance! Until… finally… one day… the clear solution turns pink and you’ve built yourself a career!

So hang in there when things aren’t going your way. When the process is taking too much time. When you’ve released a hundred drops and nothing seems to be changing. It might might be the next one that changes everything!