In Memory Of Grandma 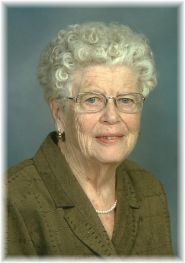 On Wednesday, July 16, 2014, peacefully in her sleep, my Grandma went home to be with her Jesus and, be reunited with Grandpa. Although we only lost Grandma a few days ago, the truth is, we lost her quite some time ago. You see, she was taken from us by one of the most terrible diseases I can imagine.

My Grandma was one of the strongest women I’ve ever known. A farm and country girl through and through. Never missing a step working right alongside Grandpa on the family farm. Putting anyone who dared try to keep up with her to shame. She was tough and proud, yet as gentle and loving as a person could be.

I went out for a run last night and while I was huffing and puffing my way around town on a 5km run, an idea popped into my head. What if I took this new running hobby and used it for a higher purpose?

When I returned home I pulled out my computer and with a quick Google search I found the Run For Heroes Marathon. Now, I’m not quite ready for a marathon yet, but I figured I could certainly do a 5km run in honour and memory of my Grandma and use it to raise money to fight the terrible disease of Alzheimer’s.

A Request For Support 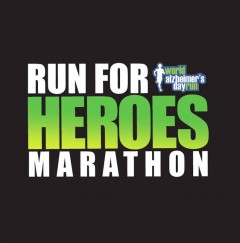 I’ll be running Saturday, September 20, 2014 in Amherstburg, ON. I confess that I have no clue where that is, but Google Maps says it’s about 3 hours away. It was the only run I could find near me raising money for the Alzheimer’s Society of Canada, so it’s well worth the drive to me.

I’ve set my fundraising goal at $1,000. Perhaps my hopes are a bit high. However, I figure between family, friends, colleagues and readers of this blog, maybe $1,000 in memory of Grandma is within my reach.

If you’d like to support me in my first official 5km race, and make a donation in memory of my Grandma, your support and contribution would mean the world to me and my family. You can donate from this page.