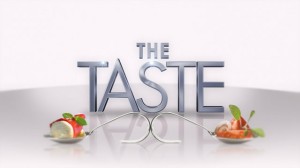 While watching a couple episodes, I noticed there seemed to be two different groups cooking. I’m not talking about the professional chefs and home cooks either. Two other groups. Perhaps a little more subtle. Not everyone would pick up on them.

There were those who cooked for themselves.

Then there were those who cooked for the judges.

Who Are You Cooking For?

Here’s what I mean by those two groups.

Whatever the case may be, the dish had a lot of personal meaning to them.

The problem is, the dish had no meaning to the judges. The judges don’t know the story. The history. Just the taste.

As they prepared their dishes the cooks weren’t as concerned with how the dish would taste to themselves, but rather, how it would be perceived by the judges.

Who Are You Recording For? 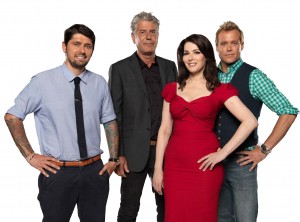 As a Voice Talent I put a little piece of myself in each recording I do. After all, it’s my voice! But when it really comes down to it, the recording isn’t for me. It’s for an audience. That audience might be male or female. They could be young, middle-aged or older. They might be city dwellers or country folk.

The director, producer, client, or whomever I’m working with on the project will usually tell me who the project is meant for, and it’s my job to reach that audience.

In other words, it’s my job to cook for the judges.

As much as I put a piece of me into each script, I have to remember that it’s not for me. Putting a spin or flare or whatever else I may desire to do into the script to make it better suit me is cooking for myself.

We know what happens to the people who cook for themselves. They end up losing the competition!

Remember Who Your Audience Is

Don’t ever let yourself make the mistake of thinking that a voice over is about you. You’re the talent, and that’s an important piece of the project. But you’re not the end game.

Listen to your client. Pay attention to their direction. Find out who your audience is.

Cook for the judges and you’ll be ok.

QUESTION: How do you make sure you’re “cooking for the judges” when you record?