“You’re so lucky to have landed that national commercial.”

“I can’t believe you signed with that agency. You’re so lucky.”

“I wish I could achieve the level of success you have. You’ve been really lucky.”

“Your rates are much higher than mine. You’re lucky to be able to charge that much.”

Have you said any of these things before? Or had them spoken to you?

The Voice Over Fairy 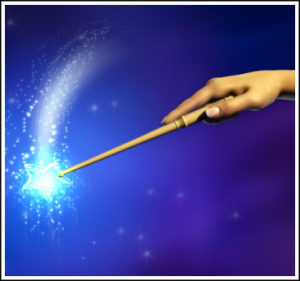 The thing about each of these statements is they’re event focused and come with the assumption that each event was the result of luck.

Like some kind of magical voice over fairy waived his or her magic wand and voila… you’re a success!

Let me go ahead and blow your mind right now…

There’s no magical voice over fairy.

Behind The Success Curtain

This is the Wizard of Oz part of the blog. The part where I let you peak behind the curtain and discover how it really works.

Behind the curtain you will see process. Process, not luck, is what leads to success.

“I am a great believer in luck, and I find the harder I work, the more I have of it.” Thomas Jefferson

Before that national commercial was booked, how many locals were first done?

Before that agency signing how many countless hours of groundwork was laid?

How many years of struggle proceeded the successful years?

How many $100 jobs were booked before the $500 jobs started coming?

Some people will look at events (the booking, the signing, etc) and assume it’s due to luck. Luck they of course are not blessed with. The world is against them. The man. The universe. Whomever. Whatever. There are plenty of people and circumstances to blame.

Of course, the finger would never point back at themselves.

The reality is there’s a lengthy process that leads to each of those events. 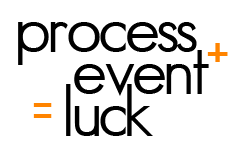 The next time a fellow talent achieves a milestone, do yourself (and them) a favour. Don’t credit luck and be discouraged that no such luck has found it’s way to you.

Instead, congratulate them on their hard work and commitment and maybe offer to buy them a coffee and quiz them about how they’ve done it.

Do that, and you’ll be one step closer to creating your own luck.