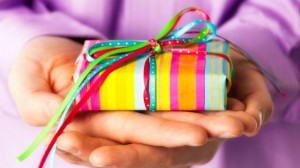 I did some Christmas shopping this weekend. I figured it was about time I finally started. I’m not one of those absolute last minute guys, but I definitely put it off later than most. With good reason.

In the past I was an early shopper. One of those people who was done in November. Thing is, I’d have all these great gifts sitting in my closet just waiting to be given. That was torture. They were great gifts! How could I make people wait two more months for them? I couldn’t! So I’d give them early.

I did that a lot. Too much.

It became a very expensive problem. After giving the great gifts to the recipients before Christmas, I’d then feel bad that I had nothing for them under the tree. That meant I had to go shopping again. Like I said, it became expensive.

Tis The Season Of Giving

Christmas has become a lot of things it wasn’t always meant to be. It’s been commercialized. It’s been politically corrected. The meaning is hidden, changed, or completely lost. Heck, now it’s not even appropriate to say “Christmas.” We’re supposed to say, “holiday.”

I won’t get started on that.

Regardless of everything else, at it’s heart, Christmas is about giving. Giving gifts is great, to be clear. But it’s more than that. Or it should be. It should be about giving of yourself.

A Christmas Voice Over Challenge

I’d like to give you a challenge this Christmas season. Try and find a way to give of yourself. If you already do, fantastic. Maybe share what you do so you can give ideas to others. The ways are really only limited by your imagination and creativity! Here’s just a few I came up with off the top of my head.

* Voice a public service announcement for a shelter or food bank.

* Write a post on your blog (or someone else’s) sharing a voice over tip that others could benefit from.

* You’re in voice over, so you’ve got a great voice. Offer your it (and hosting / MC services) to a Christmas benefit.

* Think of a creative valued added bonus you could give to your regular clients, no strings attached.

* Use your platform to promote a charity you support.

These are just a few places to start. As I said, if you have another suggestion I’d love to hear it. Share it in the comments below. This Christmas, let’s put aside all the things society and culture has allowed Christmas to become, and bring it back to its root.

QUESTION: How will you (or do you) give back during the Christmas season?