Have you ever been found yourself traveling a familiar route in your vehicle, only to be detoured by emergency services? An incident occurring on your journey that requires fire, police or EMS to shutdown a particular road?

What do you do when that happens?

I’ve been a firefighter for 16 years now, and in that time, I’ve seen a lot of surprising reactions.

Only Knowing One Way Home 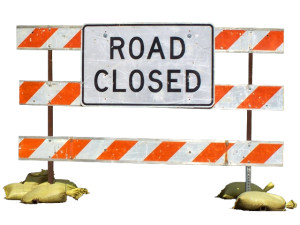 In one instance, I had pulled a fire truck across both lanes of a street to block it due to downed power lines. An individual driving along the street proceeded to attempt to drive around the fire truck by driving up over the sidewalk and across someones front yard.

Immediately I jumped out the truck to stop them, and when I questioned what they were doing, and if they could not clearly see the fire truck had the road shutdown, they responded, “this is the only way I know to get home.”

Another time, I had set up a number of pylons to block access to a street where several houses were on fire. We had to shut the road down for a number of reasons not the least of which was public safety. In addition, hoses were laid across the street and fire trucks were blocking passage.

That didn’t stop one person from pulling up to the pylons, getting out of their vehicle, moving the pylons and attempting to drive through. Again, when questioned what they were doing they replied, “This is the only way I know to get home.”

One more shining example was the time a large delivery truck drove around our fire truck which I had positioned to block an intersection. The reason… there was a vehicle collision on the bridge and it was impassible. This time, rather than trying to stop the fellow driving the large truck, we simply let him keep going. He ignored our flashing lights. He ignored the air horn when I hit it. He just drove up the sidewalk and around the truck.

Needless to say, he found himself in quite the interesting predicament when he was forced to back half way down the block and back out around the truck, having discovered the he couldn’t drive across the bridge and maybe, just maybe, there was a reason we were blocking the road after all.

You Need To Have Options 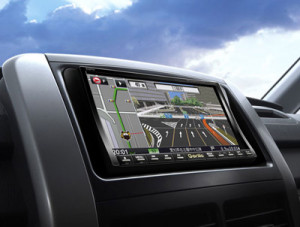 In each of these examples, people only knew one way to get from point a to point b. When that way wasn’t working for them, they were stuck. Lost. Unable to get where they wanted to be.

This is something I see so often in our industry. Voice Actors who only have one path or plan to success. All their eggs in one basket. Often, that basket is the casting site basket. Assuming there is no other way to find work.

It’s like the people who only know one way to get home, so they try and drive over the sidewalk and across someones yard to try and get to where they want to go.

Thing is, my town has more than one street. More than one way to get home. More than one option to reach their destination. They’ve just chosen to limit themselves for one reason or another. That limitation leaves them stuck when the path is blocked.

One thing I say often is you need to have more than one tool in your toolbox. Casting sites, as an example, can be A tool. Just not the ONLY tool.

There’s More Than One Way Home

You need to have more than one way to get to where you want to go.