Last year I began to explore the options for replacing my truck. It’s been a great vehicle. One of the best I’ve owned. However, it was getting to that age and milage where it was time to seriously consider something new.

The idea of owning a new vehicle seemed impossible to me. I want a truck, and trucks are expensive. For a nicely equipped truck even similar to my 2005 Sport Trac, I was looking at a $40,000 price tag. That’s an awful lot of money for a vehicle.

Looking through the Auto Trader at used vehicles didn’t excite me much. I could never seem to find anything I really liked. The few that did catch my fancy were all quite expensive. Not to mention, spending $30,000 on a four or five year old vehicle didn’t seem to make much sense when a brand new one was $40,000.

Regardless, I was pretty sure any of the options were beyond my budget. 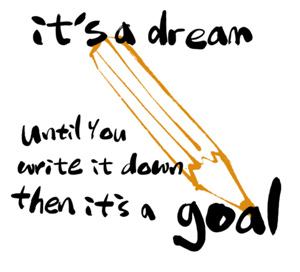 Towards the end of December last year, I began to write down my goals for 2015. From small and easily attainable goals to seemingly impossible goals I had no clue how I’d ever accomplish. In the end, I had 26 of them written down. Twenty six goals I planned to accomplish in 2015.

One of those goals was to buy a new truck. Writing it down was the vital first step.

During the Super Bowl I saw a commercial for the all new Chevrolet Colorado. Being a faithful Ford guy, I considered it almost blasphemous, at first, that I even watched the commercial.

After that, I couldn’t get that truck out my head. I began spending time researching the Colorado. I watched videos. I even went on Chevrolet.ca and began building and pricing some different options.

At this point, the idea of a brand new truck still seemed impossible to me. But I had a goal. A goal I wrote down. A goal I fully intended to accomplish in 2015. Some way. Some how.

The more time I spent researching, building and pricing, the more committed I became to finding a way to make it work. I started crunching numbers. Evaluating my budget. Determining how much extra voice over work I’d have to book each month to make a new truck purchase possible. 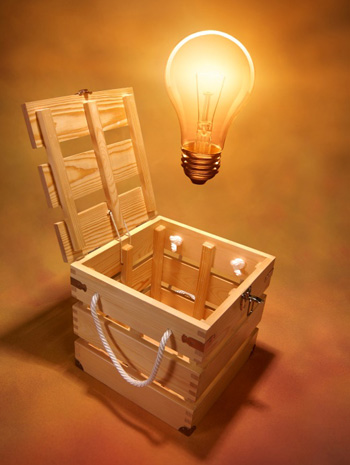 What was I doing? I was activating this goal. I was turning an idea into a reality by taking practical, simple, and small steps towards making a big impossible goal seem a little smaller and attainable.

I stopped looking at $40,000 as a lump sum and started looking at ways to break that number down into a monthly payment I could feel comfortable with. It forced me to get creative. To approach this goal from different angles. Different perspectives.

The more time I dedicated to it, the more committed I became.

The Power Of A Goal Written Down

On Wednesday morning, (March 11), I sat down with my local Chevrolet dealer and signed the papers on a brand new 2015 Chevrolet Colorado.

I took a goal written down (Buy a Truck), and have made it a reality in less than 3 months. Meanwhile, before the Super Bowl, I couldn’t even begin to fathom how it would be possible. I just knew over the course of 12 months, I’d figure it out.

For the first time in my life, I’ll have a brand new vehicle. One that I built to my personal specs and ordered from the dealer.

There’s no question in my mind, if I hadn’t started by writing the goal down, I never would’ve seen it come to pass.

What do you want to accomplish this year? A home purchase? A new vehicle? Do you want to build yourself a new voice over studio in your basement? Do you have a particular income you hope to earn in 2015? Maybe you’re looking to upgrade your computer or microphone?

Whatever it may be, start by writing that goal down on paper. Then let your imagination run wild with ways to make it come to pass. Break it down into bite-sized pieces. Think outside of the box.

I’ve got 26 goals for 2015. Three of them have already been crossed off… now, including one of the ones I thought was very likely impossible.

You can make it happen in your life too!