Over the weekend I was feeling a little under the weather. Rather than plop myself down on the couch and mindlessly pass the time with yet another Netflix binge, I opted for something a little more productive. I purchased “Titan: The Life of John D. Rockefeller, Sr.” An 832 page biography on one of the richest entrepreneurs to ever live. Some estimates place his fortune at $336 Billion!

Surely, I thought to myself, there are things I can learn from this man. It didn’t take long until I had.

After only the first couple chapters, there was one thing that stuck out to me perhaps more than any other. Keep in mind, at this point in the book, Rockefeller is only a boy.

Could I possibly learn anything from a boy? 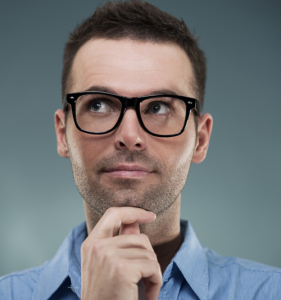 According to many accounts from those familiar with Rockefeller, be it family, friends, associates or acquaintances, all spoke of a similar theme.

A pretty lofty statement for a pre-teen, young boy growing up in the mid 1800’s!

Reflecting on his resolute statement to all who heard it, I couldn’t help but think of the message I repeated to myself and all who would listen back in 2012.

“I just need to earn enough to pay my bills.”

In the vicinity of $14,000 in earnings that year, that’s exactly what I accomplished!

The Messages We Feed Ourselves

The messages we feed ourselves have the power to shape our reality. Which programming will you choose? The lofty and determined proclamation of a young John D. Rockefeller Sr.? Or the less expectant, quasi-embarrassing pleadings of me in 2012?

It’s accepted that we are we what eat.

So to, it should be accepted that we become what we speak.