I’m going to let you in on a little secret that could profoundly change your approach to your voice over business. Maybe even your life.

Now, how’s that for an opening blog line?? 😉

What I’m going to tell you is one of the single biggest lies entrepreneurs tell themselves. Or, people who are supposed to be supporting you as an entrepreneur will tell you. Face this lie head on and get over it… it’ll be a game changer.

The Biggest Lie of Entrepreneurship 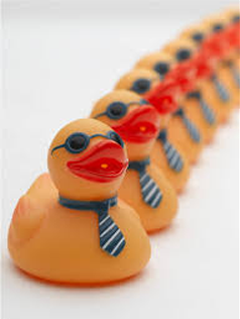 That kind of mentality is going to keep you from succeeding. That kind of mindset will keep you bogged down, spinning your wheels trying to build the empire before you lay the first block.

Does this mean you can run blindly into a voice over career without a clue where you’re going?

However, it also means you don’t have to have the best microphone, the best studio, the best website, the best demo and the best agent before you can start to move ahead.

It Starts With A Step

For several years now I’ve had an idea about creating short videos where I share simple voice over tips. Seems easy enough right? It should be. Until I started thinking about it.

I went on and on and on and on asking myself a thousand questions until I was so overwhelmed that I never even got started! The idea went to the back burner of projects to be started “someday.”

Note: “Someday” isn’t on the calendar. 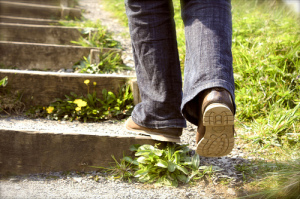 Last week I revisited my idea. Only this time, I broke it down into bite sized pieces…

Do you know what happened when I took that one, simple, seemingly insignificant step? I was immediately inspired. I found a motivation that propelled me forward!

The next thing I know, I’m heading to Best Buy and picking up a new Sony HD camcorder (Step 2).

After I got the camera home, I set it up and recorded a video (Step 3).

Then I downloaded the video into Final Cut Pro and started editing (Step 4).

With each single step moving forward, I grew more excited, more motivated and was having more fun!

All of my fears were also squashed. Not enough content? I’ve already got my next six figured out! Advice not good enough? Already received plenty of positive feedback on the first tip! How can I make the videos better? Already found inspiration and implemented ideas to do just that!

Don’t Fall For The Lie

If you’ve got a voice over dream, you need to stop overwhelming yourself with the end game.

Take one step. One single step.

With each step forward you’ll start to see how it all comes together and that will help you plan for and take the next step.

PS: Want to see my first Voice Over Tip Video? Subscribe to my YouTube Channel at youtube.marcscottvoiceover.com