When Apple finally confirmed the rumor that had been floating around for months – that they were doing away with the headphone jack in the iPhone 7 – the interwebs collectively melted down. Minds were blown. Heads exploded. Rants and sarcasm and “why me… why now… why this…” posts overflowed in every social media stream I was signed into.

It would seem there are a lot of people who aren’t very enthused about change.

The Way Things Used To Be 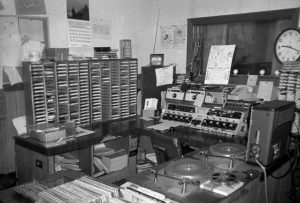 Back in the day, when I first started in radio in 1995, I worked for a station that only had a computer in the newsroom. All it did was print stories to a dot-matrix printer. Everything was done with reel-to-reel, cart decks and CD players. In fact, some of the production elements still existed on records!

“Computers will never take over the radio studio,” the experts declared.

At my last radio job in 2011, after several rounds of layoffs – myself included – three radio stations were being operated by about four jocks who just took turns voice tracking nearly all the programing outside of morning drive.

When Apple introduced the iPod a number of years ago, I declared it the stupidest device I’d ever seen, and the idea of buying music online in the form of digital downloads infuriated me even more. Of course, the fact I had a CD collection in the thousands may have had something to do with this.

These days, all my music, movies and books are digital. My CD collection hasn’t seen the light of day in more than a decade.

Remember That Time When…

Several years ago Apple announced it was eliminating the optical drive from it’s computers. The masses were outraged and convinced this would bring about the end. The giant would fall. It was impossible for people to install software or backup data. Absolutely no one could live without an optical drive.

Do they even exist anymore?

Humanity has survived 8-track to cassette to CD to iTunes.

We lived through Commodore to IBM to iMac to Tablets.

How about Beta to VHS to Laser Disc to DVD to Blu Ray to Netflix?

Show of hands… who still uses a rotary phone? Wait… who still has a landline?

The Only Thing That Stays The Same… Everything Changes 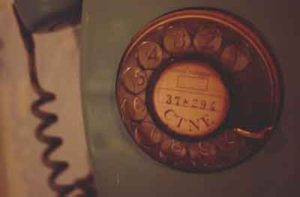 Whether it’s evolving from a 5″ floppy disk to the Cloud, dial-up internet dependent on a phone line to high speed internet with no wires required… and yes… even the transition from the analog headphone jack to digital lightning or wireless alternatives.

Certain change used to upset me. I’d get comfortable with a person or place or thing and didn’t like it much when reality shifted.

I try not to get as bothered by it these days. I’d rather learn to adapt. Prepare for what’s next. Explore new horizons. Learn different ways. Find other options.

Or maybe even a step ahead.

We Can’t Have Different But The Same

We want phones with faster processors, bigger displays and fancier cameras. We also want them to fit in our pockets. Something’s gotta give. Real Estate is precious. Not just in New York or LA or Toronto or Vancouver. In your iPhone too! We can’t have different but the same.

Change is uncomfortable, but is that necessarily a bad thing?

I was pretty uncomfortable when I got downsized from my radio job. That was a big change. It also turned out the best one of the best things that’s ever happened to me. It’s how I wound up where I am today!

It sure didn’t feel good when the surgeon yanked wisdom teeth from my mouth. I have a lot fewer headaches these days, though.

The first time in my life I paid a mortgage, hydro, water, cable, internet, phone and insurance bill on my own, change seemed pretty stupid when I considered how I previously lived with dad for free. I kind of like it on my own now. No more flack when I feel like sleeping in.

Why Are You Afraid Of Change? 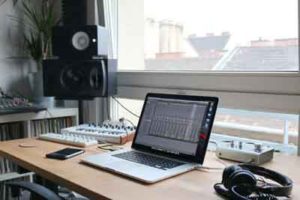 What’s going on here is a lot bigger than a headphone jack. It’s about learning to get outside your comfort zone and discovering new ways to get the job done.

You know, like how you can record voice over jobs in your underwear at home instead of getting up and driving to studios every day.

Or how you can even have a voice over career at all outside of New York, LA or Chicago. Wasn’t too long ago that was unheard of.

So here’s to the crazy ones! Or is that the courageous ones?

The ones who stepped up to the plate first and said out with the old and in with the new.

More often than not, new ends up being a good thing.

If you’re uncomfortable with change, maybe you’ve been doing things the same way too long. That’s seldom good for anybody.

Oh, and if you’re still upset about the headphone jack, give me a couple weeks and I’ll sell you my iPhone 6. 😉