Just another day in the studio. Scrolling through casting sites searching for potential auditions. Maybe looking through the inbox for opportunity from an agent or a lead you’ve been cultivating on your own.

Then you find it.

The job with the four words voice actors dread most.

“Here we go again,” you think to yourself.

“Another cheapskate seeker trying to screw over voice actors and get something for nothing.”

Giving the Benefit of the Doubt

I’m not really sure what it is about our industry, be talent seemed to be pre-programmed to assume the worst when project rates and specs don’t align with their idea of what is fair and proper.

We take to social media to air our grievances. Venting aloud all over Facebook and Twitter and LinkedIn.

Can I just be really brutally honest?

Sometimes it’s embarrassing. For the person venting, for the people who join the party, and for our industry as a whole.

I have a working mantra in my life and business. I will always give someone the benefit of the doubt until they give me a reason to not.

In other words… innocent until proven guilty.

When a client hits me with an unrealistic budget, I don’t get angry and shame them on social media.

I have a conversation with them. Respectfully. Professionally.

After all, we are supposed to be professional voice actors aren’t we?

Stop assuming #voiceover clients are trying to screw you on rates. Have a professional conversation with them instead. #vopreneurTweet Quote

Here’s something I’ve learned over the years… most clients don’t actually have a clue. They’re trying to muddle their way through rates and usage and budgets and such based on whatever little pieces of information they can find online.

Remember, for some reason, most VO’s have sworn their rates and such to absolute secrecy… so how is a voice seeker supposed to learn?

There’s no information online readily available for them!

Let me also remind you of this fact… not that many years ago, agents handled all of this stuff. You know, before online casting ever existed and long before talent started working directly with clients.

You’re a #vopreneur. This is something I teach and believe fully. You’re not just a creative. Not just a talent. You’re also an entrepreneur and you’re running a small business. Which means, like any business owner, you better be prepared to educate and negotiate!

When the rates don’t line up, rather than shaming the client or dumping the audition, what if you took the time to actually submit a professional proposal? One that clearly outlines the how and why of your quote?

How else are seekers ever going to learn?

Oh, and one more thing… stop assuming they’re all trying to screw you. Maybe they just genuinely don’t know any better!

What are those four words? The ones that ruin your day and start this entire conversation?

Based on my own research, you’d be amazed at how many people include this in their job specs simply because they assume it’s industry common. Half of them don’t even know what it actually means.

After I explain it to them, they get it. Most of them remove it.

For the ones who don’t get or don’t remove it, you have two choices. You can either a) get really angry and vent on social media or b) move on, because this is someone you don’t want to work with anyway.

As a voice over community, it’s my belief that our responsibility isn’t simply to record the jobs, but also to educate those who would hire us on what is fair, standard and acceptable in our industry.

That’s what a professional voice actor does.

That’s what a #vopreneur does.

Want to be part of the solution? Consider a membership with World-Voices. Join them as they advocate for our industry, including fair rates and best practices. Find out more at https://world-voices.org.

Usage has always been a hot topic in voice over and with the exponential growth of online video, it’s something we, as voice actors, need to pay even closer attention to. You don’t want to agree to a web video and one day find it’s been turned into a national broadcast commercial!

How do you protect yourself? Check out this weeks tip.

Watch out for this usage red flag when you’re agreeing to terms for a #voiceover.Tweet Quote

This weeks Voice Over Tip comes from an email I received from Mark. He was looking for some advice on establishing rates with new clients. More specifically, standing by his rates.

Watch the video for some advice.

Rates are a heavily debated and discussed topic. Generally, though, this goes no further than setting a rate for a particular project. Everybody wants to have some kind of rate card (whether public or private) so they can easily and accurately quote clients for projects as opportunities arise. That’s smart, good business.

My base rate card is shared on my site. I often refer talent to the GVAA Rate Guide as a invaluable resource.

What’s often left out of the equation, however, is revisions and retakes. Some don’t even know the difference.

My definition of these two things is fairly simple.

Revision: Changes to the script after final approval and recording of the voice over.

Retakes: Changes requested to the recording for factors such an tone, delivery, speed, pronunciation, etc.

I recognize and appreciate this may be oversimplified for some. But hey, why complicate something that doesn’t need to be? 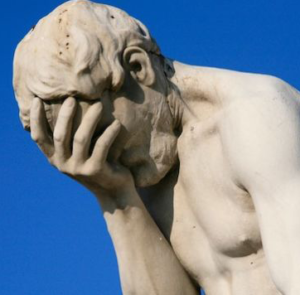 With an understanding of these two factors, the question now becomes, “what do I charge?”

My standard line I tag all my auditions with states, “I do not bill for a retake if it’s due to my read. Additional billing may be incurred for script revisions after final recording based on the scope of work.”

In other words… if I screw up… I’ll fix it. If you change the script, that may cost you.

Many talent, especially new talent, feel guilty about charging for revisions. “I offer the client three reads free,” is a common theme I hear. What this doesn’t take into account is, your time has value. When a client makes a change after the final script approval and the recording, that costs you time. It’s also a circumstance that is beyond your control. Unlike a retake if it’s due to something with your read.

If you record a voice over with an approved script and the client comes back and changes the whole thing… or enough of it that you have to re-record the whole thing, why should that be on your dime? It shouldn’t! By giving away revision reads for free, you’re setting a bad precedent for future projects with the client.

You want them to get in the habit of being totally sure before they send you the script.

My minimum revision rate is $50 – $75. For some that may seem like peanuts. For others, that might seem like too much! But hey, if I need to re-record lines, match them to existing audio, edit them into the previous track, and resend the voice over recording… that takes time. Again, your time has value. In the event of a major revision, it can even end up being a full-rate re-billing! 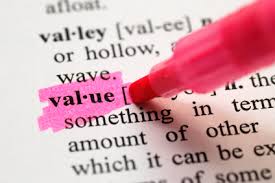 It doesn’t matter if you’ve been doing this a week, a month, a year or a decade. Your time still has value and you need to respect that value. If you don’t, your clients certainly won’t!

Remember, this isn’t about being rude or demanding or a princess or tight-wad or a jerk. This is about delivering a professional service and valuing it accordingly.

So you shouldn’t either.

Dave Courvoisier and Anne Ganguzza host a monthly Rates Roundtable discussion for World-Voices. Each month they’re joined by a fantastic panel of guests to discuss a particular issue, challenge, topic or area of rates as they pertain to the voice over business.

For the August 2016 Roundtable, I was invited to participate. The subject we tackled was newcomers to the voice over business, and how they do, should and could approach rates. It was a really informative conversation and I was proud to be a part of it.

You can watch the roundtable below.