Do you suppose Target will ever do any free advertising for Walmart?

When you promote your Pay 2 Play voice over profiles via social media (and anywhere else you may share the link) it’s basically the same thing as Target advertising for Walmart.

SoundCloud can host your demos.

If you’re going to tell me it’s easier or convenient to just use one of your Pay 2 Play profiles here’s what I’ll tell you in return:

I have voice over demos posted everywhere. On my web site. On Pay 2 Play sites like Voice123, Voices, bodalgo and The Voice Realm. I have my demos posted on my Facebook page, my Tumblr blog and my LinkedIn Profile. I’ve got them on SoundCloud and Pintrest too.

Basically, if I can find a place to post my demos, I will.

Today I want to take specifically about posting your demos on your personal web site. END_OF_DOCUMENT_TOKEN_TO_BE_REPLACED

This is a continuation of my interview with Steven Lowell. Steven is familiar to many voice actors. He’s got a new gig now with an online casting site that is starting to make waves in North America, (thanks in part to his efforts), bodalgo.com.

To view part 1 of the interview, click here. END_OF_DOCUMENT_TOKEN_TO_BE_REPLACED

I added a profile about a month ago, and left it at that. But last week, I booked a job via the site directly, and now have a new client in Germany! That booking motivated me to find out a little bit more about the site and what Steven, who now works with it, is up to.

This will be a two part post. Look for the second half on Friday, July 12th.

For voice actors who have never heard of Bodalgo.com before, give us the elevator pitch for the site. 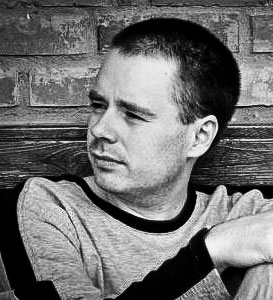 Do you know how many US/Canadian voice casting sites cater to people in other continents, even though 84% of the world’s media is produced in North America, with more than 50% of them being bilingual? Zero.

Right now, many claim to do it, but the problem talent have is that the global voice work is scarce, and the problem voice seekers have is that the two most well-known websites use confusing technology that ends up discouraging auditioning. In addition, these websites do not understand the needs of the voice industry in other countries. As a result, these websites end up looking “English-only” in a global marketplace.

What bodalgo.com is looking to do is bring quality jobs and quality talent to and from North America in a global friendly voice-over marketplace. Bodalgo’s presence is small in the US and Canada. We are looking to change that, and bring another player into the game,one that has been around and successful in Europe since January 2008.

What makes Bodalgo.com different from any other voice casting site out there?

Pardon me if I take a while to answer this one….What always makes a company different, and bodalgo is no exception, are the people behind business and their ethical foundation.

bodalgo (not capitalized btw) was founded by Armin Hierstetter, a former journalist, programmer, and voice talent. Myself, I have been a voice talent since 1992, while working a wide range of jobs from voiceovers to DJ to marketing to insurance, customer service, quality assurance, community manager, blogger/writer, and most recently, agent.

These are jobs dedicated to being honest with people who use bodalgo.com, and making sure things work. We are also not short of business knowledge. That is the reputation we look to maintain now, and in the future. 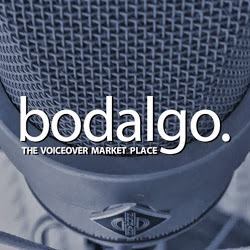 In addition, bodalgo believes in high quality standards for jobs and voice talent. Do people pay to audition? Yes. Do they pay lots of money? NO. Do we accept every talent because numbers show that is a better way to profit? No. Do we decline jobs posted based on quality? Yes. We also have people in the search feature that never paid to use the site.

We hold EVERYONE to high standards because we want to position ourselves as, pardon the metaphor…A gourmet restaurant…Not a fast food joint. Does that sound “arrogant”? Maybe so, but I know the numbers of what really happens in this online industry.

So, it boils down to a choice….Do we appeal to the 15% of paying customers working as full-time working actors, or the 85% who pay to audition on a whim, or never have any intention of making a career of it. I would rather be arrogant in trying to do the right thing, than greedy while boldly misleading people. I have helped lots of people over the years become voice actors, and I am proud of it. I think the 15% is what everyone works hard for, and bodalgo wants to position itself for them. There are not many people globally who can work full-time in voice overs, despite what some websites claim.

Oh….We are also different because of our global appeal. The majority of voice talent and voice seekers come from outside North America. bodalgo.com was founded in Germany. While at my last gig, I always admired German voice talent because they were very protective of rates, without technology forcing them into it.

If I understand correctly, the site is only now expanding more into North America. How many job postings a week, on average, can a talent expect to see?

Right now, for North American voice talent, very little. They may see between 5 and 10, with most of them coming from outside North America. This is MY biggest challenge, and something I think voice talent can really pounce on as an opportunity.

bodalgo is very easy to use. I invite voice talent to post jobs to get other voice talent work. It’s a great way to work; being a talent and a casting source, and bodalgo has a great auditioning system and sharing option.Seriously, this is the day and age where “customer is king”!

Despite what you see elsewhere, voice seekers like voice talent, and admire them. To use bodalgo as a way to help each other hire each other would be amazing, and it happens already elsewhere.

The ultimate goal is to help get somewhere between 100-200 quality jobs a week, globally. It will take time. I know it from experience. It is NOT easy.

Tell us about the membership options for a voice talent. How much does it cost, what does it include?

Standard free account: Your own profile, if approved, appears in search. BUT you cannot audition for jobs posted that match your profile.
Premium account: Costs $19.50 EUROS ($25 USD) a month, and auto-renews.

You can find more of that stuff here: http://www.bodalgo.com/voice-over-talents/faq.php#1_3

The Rest Of The Story

Steven has a lot more to say, including an update on how he’s doing and what his specific role is with bodalgo.com. Check back Friday for the second half of my interview.

QUESTION: Do you have a bodalgo profile? Have you booked work via the site?