I didn’t watch the Super Bowl this year. Instead, I continued on with my House binge on Netflix while also working on my LinkedIn 101 course. Sounds like it was a good game. Overtime and everything. People love the drama. NFL has to keep up with that unforgettable World Series Game 7 from 2016. Am I right??

At one point in the evening I did jump on Twitter for a few minutes to see what was going on. What I found was kind of shocking.

Understandably, a lot of VO’s are watching for the commercials. After all, starting today on every casting site there will likely be references to Super Bowl commercials from clients looking for us to match certain reads. Happens every year! 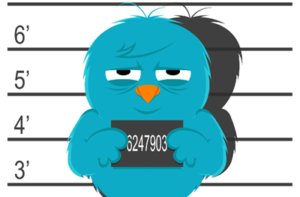 A couple weeks ago I shared a video on my Facebook page titled, “Everything is Marketing.” In today’s connected, social media world, everything you say, do, post and share is marketing. Like it or not, people will notice.

What I noticed during the game was mind-boggling to me.

There were voice actors posting on Twitter about how awful particular commercials were. Insulting the spots. Mocking the concepts, etc. As if that weren’t bad enough, they were also using @mention to tag the brands they were discussing.

What do you suppose the chances are of you getting hired by a brand for voice over work if their first impression of you is you posting negative comments about them about on social media?

Would you hire you if you did that?

Those sorts of things are just bad business. Remember what your mama told you… if you ain’t got nothing good to say, don’t say anything at all!

Bashing brands on Twitter, and then tagging them in it to boot, will go along way to killing your business. Not just for that brand either. Once it’s out there on the interwebs, every other brand can see it too. Who wants to work with a voice actor that’s going to say bad things about their business? Who wants to take that risk?

The age old adage is true… beware what you share because EVERYTHING is marketing!