This week I’ve been giving a lot of thought to the subject of promotion. More specifically, self promotion. I’ve done some reading. Some research. Some pondering. I’ve learned a little. I’ve been confused a lot.

It would seem that the art of promotion is one with a varying array of opinions, some of which are separated by what seems like entire worlds.

A Summary Of Self Promotion 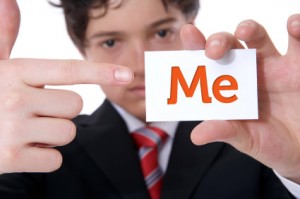 Here’s what I learned summarized in two quick sentences:

Self promotion is good.

Self promotion is bad.

That’s very helpful isn’t it? I know I felt much more clear on the subject after I came to this brilliant conclusion!

The thing is, when it comes to self promotion, particularly for a voice actor, the waters seem to be a bit murky. There really are two theories on the subject and they seem to be greatly opposed to each other.

There is the camp that professes the goodness of self-promotion to no end. Then there’s the camp that shouts of the evils of self promotion as if it were a crime against humanity.

Very few, or at least, very few that speak on the subject, seem to be standing somewhere in the middle.

Too much of anything is seldom a good thing. I think we can all agree on this statement, at the very least. I love Dr Pepper. But I don’t love what happens to my belly when I drink too much of it. Not just the nauseating feeling I develop, but also the portly shape that begins to take form. In order to avoid both circumstances, I don’t drink too much Dr Pepper.

Notice I didn’t say I stop drinking Dr Pepper. I just said I don’t drink too much.

Therein, I believe, lies the key to successful self promotion. As with anything, moderation should be the goal.

Maintaining Balance In The Force

Self promotion can be good and it can be evil. It’s my job, your job, our job, as voice actors, to find a balance in the force, so to speak. We need to figure out how much is just right without being too much. Then we need to draw a line in the sand.

Really, this series will just be about giving you some stuff to think about. Things I’ve been thinking about for a few weeks.

I hope you’ll come back tomorrow for part two.

QUESTION: Where do you stand on self promotion? Is it good? Is it evil? Are you as neutral as Switzerland?