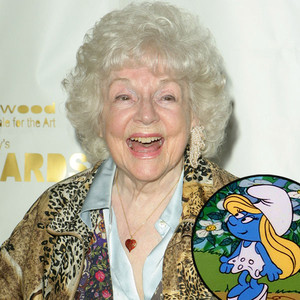 Stop me if you’ve heard this one.

A young adult has a desire for fame or riches or glory. They sell what they can. Pack up the rest. With only a few dollars to their name they make the cross country trek to Hollywood. For it’s there that, one day, they’ll see their name in lights!

Over 60 years ago this is exactly what Lucille Bliss did. With just $50 to her name, money that she actually borrowed, she set out for Los Angeles. It was there she would audition for the role of Anastasia in Walt Disney’s “Cinderella.”

As Bliss tells the story, “Six months later I got a phone call [offering me the job],” she said. “I almost dropped the phone… That is the way it all began.”

Lucille Bliss would go on to give life to some of our favourite cartoon characters. She was the voice of Elroy Jetson, Crusader Rabbit, Bamm Bamm in the Flintstones Christmas, and Mrs. Beth Fitzgibbons in The Secret of NIMH, to name a few. Of all her roles, however, none would be more memorable or beloved than that of a little blue character just 3 apples tall…

Lucille Bliss passed away November 8, 2012 at the age of 96. She will be missed, and forever remembered through all the characters she gave life. To see a complete list of her credits click here.