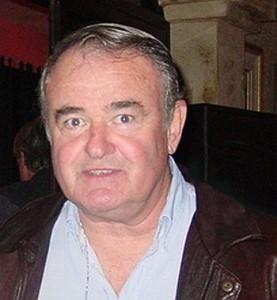 The other day I was scrolling through Netflix on my iPad looking for something to watch. While flipping through the massive universe of movies and TV shows I came across a cartoon that was one of my favourites when I was growing up.

“By the power of Grayskull…”

I had all the action figures. I even had Grayskull and Snake Mountain. I’d play with those toys for hours and hours running around pretending I was He-Man. I lacked his muscles though.

After seeing He-Man and the Masters of the Universe come up in Netflix it got me to thinking about my Saturday Morning Cartoon series on the blog. So I thought I’d do a little digging and find out who was responsible for bringing the animated version of He-Man to life.

His name is John Erwin.

In addition to being the voice of He-Man Erwin also brought to life Reggie Mantle in the Archie’s Fun House TV series from the 1970’s. For a complete list of his credits visit here.