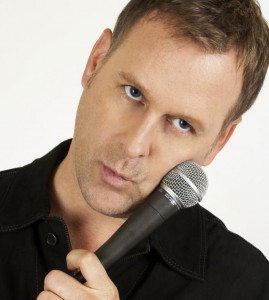 You may remember him as Uncle Joey. The hockey loving, funny voice making, bad joke telling, goofy uncle living in the basement of the Full House house. That was certainly one of, if not the best show on ABC’s TGIF lineup. But that’s not the only dimension to Dave Coulier.

Some of you may instead remember him from America’s Funniest People. Or perhaps now you know him for his Stand Up Comedy act. He’s currently on the road with the Clean Guys of Comedy Tour.

Dave Coulier, for 5 out of 7 seasons brought to life my favourite character from the movie, Dr. Peter Venkman.

Coulier has loaned his voice to many of my favourite cartoons, in addition to the Real Ghostbusters. He gave voices to Baby Animal, Baby Bunsen, Bean Bunny and Uncle Statler and Waldorf in Muppet Babies. He also did characters in  Scooby and Scrappy-Doo and The Jetsons. You can view a complete list of his credits here.