Recently I finished reading, “The Success System That Never Fails

” by W.C. Stone. It’s an amazing book filled with little nuggets of wisdom. It’s also a book I plan on reading more than once. I have a feeling with each new read, I’ll uncover more gold that I missed on the first pass through.

One particular point that was discussed struck a cord with me.

“If you should concentrate the rays of the sun through a magnifying glass on one spot on a fallen log, you’d start a fire within a few minutes. Yet the sun could shine for decades on the same piece of wood and it wouldn’t ignite without the glass. In time, under ordinary circumstances, it would merely decompose and become part of the earth.” 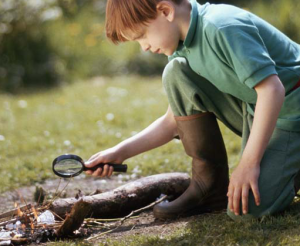 This little parable reminded me of a fire call I once responded to. It came in as a possible residential structure fire, with fire behind the walls.

Sure enough, when we arrived on scene and entered the home to investigate, we found evidence of burning on the drywall in a second story bedroom. Using the thermal imaging camera we attempted to find the source of the fire; paying particular attention to an outlet on the wall in the general area of the burn marks.

Nothing that would lead us to believe there was any fire behind the walls at all.

Still, black marks on the drywall were proof positive that something had indeed been burning.

Looking around the area a little more closely something occurred to me. A makeup mirror was sitting on a desk by the window. Right near the burn mark. Also, it was at a similar height as the burn mark.

That’s when I realized what had happened. The sun was shining in the bedroom window, it was reflecting off the makeup mirror, and that reflection had caused burn marks on the wall. Had the makeup mirror not been moved by someone at some point, it’s entirely possible that a fire could’ve been started.

Under The Magnifying Glass 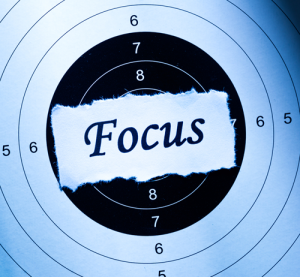 When I first really started focusing on voice over as a career, I tried to do it all. Literally.

You name it, I auditioned for it. Whether I was a good fit, logical fit or any potential kind of fit at all, I threw an audition out there.

I was totally unfocussed.

Eventually though, I smartened up. I picked a few areas of voice over which I felt I excelled in and I threw nearly all my efforts towards them.

If you were to step back and look at your voice over business right now which would you classify yourself as? Shine shining through the magnifying glass, or sun simply shining.

Which one do you want to be?

I know I want that magnifying glass all day everyday.