The world of Pay To Play sites continues grow.

Good or bad for the industry? It could be argued either way, I suppose. I’ve tried several of them now. I’ve booked worked via Voice123.com, Voices.com, TheVoiceRealm.com and bodalgo.com. 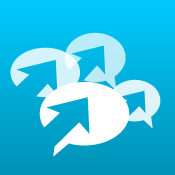 Back in June another player game into the game and that’s DirectVoices.com. I did an interview with the site back before they launched their services. (more on that here)

At the time of the launch, having already paid for memberships to Voice123.com and Voices.com, I opted not to get a membership with DirectVoices. Personally, I found the prices a little high and being that the site was so new, I wasn’t sure whether it would be worth my investment until it had a chance to establish itself.

There was a message waiting for me in my inbox yesterday morning from DirectVoices. A message that has me questioning whether or not now might be the time to give it a try?

Basic Plan
(previously at $ 50 annually) will be free of charge for new voices.
Previous Basic members will become Pro members for free (until Sept. 10, 2014)

Premium Plan
(previously at $ 250 annually) will be just $ 100 annually.
Previous Premium members will extend their membership for free for 3 full years (until Sept. 10, 2016)

QUESTION: Do the new rates make you want to try it? Are you already a member? Share your thoughts on the site.