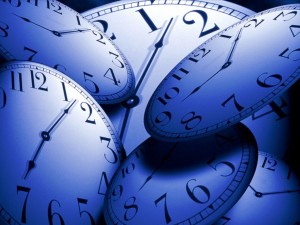 Have you ever noticed, while watching a movie or TV show, that important business people with fancy offices always seem to have a wall of clocks? There may be three or four or ten. One for each of their international offices, I suppose.

I don’t have a single clock on the wall in my office. That’s what microwaves are for. I guess I’m not a very important businessman. Or am I?

Last week I posted a status on Facebook. A joke really. Earlier in the week I had booked a gig with a client from New Zealand that I was pretty happy about. I followed that up with a gig for the Canadian Space Agency, which I also thought was pretty cool. My Facebook post was the following:

Most people got the joke. Most.

Being Online. Being International

A couple nights ago I was up at nearly 3am EST emailing with a client. He’s from Austria. My day was wrapping up, but his day was just starting. This is the life of an “International Voice Talent,” I guess.

I also recently worked with a client from Beijing. Another from Denmark. One from Seattle. I had one from Australia too.

This is what I love about being a voice talent in the online realm. You truly can be international. When you’re able to record from home and deliver a quality product, there’s not the same need to head to a studio as there used to be. You open yourself up to a whole world of possibilities. Literally.

Cue “It’s a Small World After All.”

My Wall Of Clocks

It can actually be a bit of a challenge to work with clients from different countries and time zones. They’re sending scripts when you’re sleeping. You’re delivering audio for approval when they’re sleeping. It adds a different dynamic. But one that can be worked with.

That’s why this week I finally found a purpose for the Clock app in my iPad. I set it up with all the clients I’m currently working with, so I have a better idea of when I can reach them and when they might be trying to reach me.

Question: What clients in different countries have you been working with? What’s your wall of clocks look like? 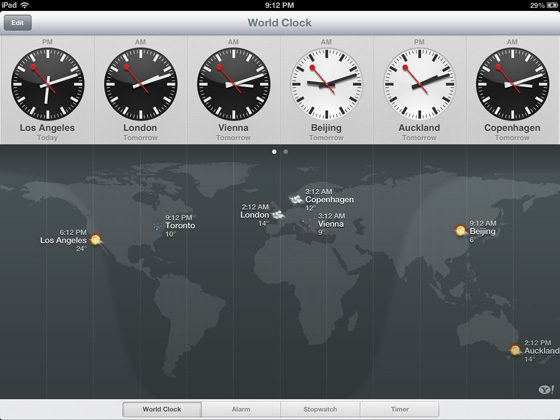