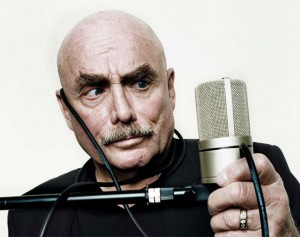 When I was a kid I would record radio shows on a tape deck using songs I recorded off the Tarzan Dan show on 680 CFTR. I’d intro the songs, give news updates and do weather reports. All the stuff I figured a good radio jock should do. I was preparing myself for my future career.

A video hit YouTube yesterday of a kid doing the same thing.

He’s 14 years old. His name is Jake Foushee. He wants to have a career in voice-over one day. Judging by the viral success of his latest video (220,000 views and climbing at the time of this posting and an invitation from Good Morning America) I’m thinking he’s well on his way.

Is there anybody in voice-over that didn’t dream of being Don LaFontaine? Most of us probably still do!

So if you could sound like any Voice Actor who would you pick? Movie Trailer Guy? Somebody like Mel Blanc or Scott Innes? Maybe something more dramatic like Morgan Freeman or more Voice of God like James Earl Jones? Perhaps you’d rather be the rugged narrator like Mike Rowe?

Who would it be?