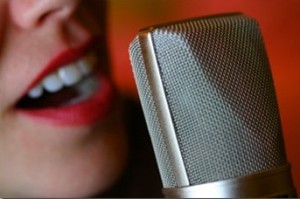 Voice-overs are everywhere. It’s not just that commercial you heard on the radio. It’s the character in that video game or cartoon. It’s the narrator on that reality show you watch on History Channel. It’s the stadium announcer at the Blue Jays game. It’s the person greeting you when you make a phone call and get a recorded message.

Have you ever wondered where those voices come from? Have you ever listened to a voice and tried to picture that persons face or what they might look like? Are they short? Tall? White? Black? Hispanic? Even better… is it a man or a woman? You may think you know, but are you sure?

If you’ve ever wondered about that mysterious world of voice over and voice acting, if you’ve ever tried to picture a particular voice talent, this is a documentary you’ll want to see.

What’s one voice-over you’ve heard that you’ve always wondered who was responsible for it?