It seems like just about every week now we’re hearing of someone who has lost their job as a result of something they posted on social media. An inappropriate tweet. A less than flattering photo on Facebook. A derogatory comment.

Just this past week three Toronto Firefighters were released as a result of comments they posted on Twitter. 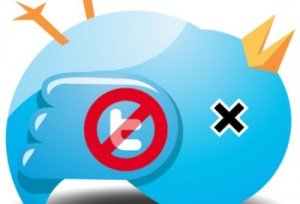 What is an inappropriate tweet? In some ways, I suppose it’s a lot like beauty. It’s in the eye of the beholder. In the case of one of the Toronto Firefighters, it was a quote from the TV show South Park. Not even his own words. Guilt by association.

As voice actors we’re self employed, so we may assume we’re safe because we’re not going to fire ourselves.

Let me ask you though, do your clients check your Twitter feed? I promise you, at least some of them are! Also, I feel confident saying that the larger the organizations you’re working with, the more likely they are to monitor your social media.

Guilt by association works two ways. No major corporation wants to take the fall for a comment a sub contractor made on Twitter. Especially if that sub contractor is the voice of the brand!

No major corporation wants to take the fall for a comment a sub contractor made on Twitter. 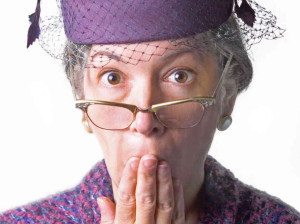 I nearly chocked on my Dr Pepper this week while reading through my Twitter stream and finding one of the most inappropriate tweets I’d ever read by a voice actor.

I will not name names. I will simply say that this particular person, while in the studio recording for a project, posted an excessively negative comment on both the project and the organization they were voicing for, questioning why they even took the job.

We all have worked on a project that frustrated us for any number of reasons. A poor script. A client who keeps changing their mind. A producer who can’t get it right. A director who can’t direct. The list of reasons to get ticked off is a long one. A very long one.

But there is a right way and a wrong way to vent those frustrations.

Venting them on social media, it should go without saying, is the wrong way!

One tweet, one status update, can have a ripple effect that impacts your entire business and career. It only needs to be read and shared by one wrong person before it comes back to haunt you.

Instead, use social media to promote your clients. Those are the kinds of updates that lead to more business!

QUESTION: Do you use extra caution with your social media? Or do you post what you want when you want?