One year ago my world got turned upside-down.

One year ago everything I thought I wanted and worked for got taken away.

One year ago my stars got changed.

My phone started vibrating. I had no intentions of checking it. I was out for a nice night. It was late. About 10pm maybe. Whatever the alert was, it could wait.

I pulled out my phone and found several text messages and a few Facebook alerts. Something was going on. I was confused. Without going into details (because of the agreement I eventually had to sign) the bottom line is this…

I was about to lose my job.

The radio job that I had worked my entire career for was about to be taken from me. What made it sting even more is, I had only started at the job not even six months earlier. Even in that short time I had managed to deliver. My show was ranked number one across the board. Number one by some significant margins, in fact.

It didn’t matter. Money talks and it was saying, “cut back!” 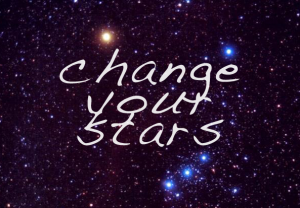 Remember that movie? It’s a good one. If you’ve never watched it before, or haven’t watched it in a while, I’d recommend adding it to your list of things to do. It’s well worth the time.

In the movie there is an underlying theme. That of changing your stars.

It’s not an uncommon theme, to be certain. I suppose the cynic would say it’s just some more of that Hollywood fluff that gives people a happy ending and makes them feel all warm and fuzzy.

A Voice Over Tale

Although I’ve been a voice talent on the side since 1995, when I started in broadcasting, it had never really occurred to me to give it a shot full-time. Radio had always been my dream, and I was having fun. I was pretty good at it too, depending on who you talk to, of course. Voice over was something I really enjoyed doing. I suppose I just never really thought of it as anything more than a hobby.

How can you only get five months to prove yourself? How can you actually be number one in your time slot and still get sacrificed at the alter of bottom lines?

It was time to give voice over a full-time shot.

I didn’t mean to do it at the time, but, like Sir William, I’ve changed my stars!

I’m a full-time professional male voice talent, and I couldn’t imagine living any other way!

QUESTION: Have you thought about doing voice over full-time? What’s holding you back?