Odds are you’ve seen someone do this, or maybe you’ve done it yourself. Broadcasting an audition live on social media using a platform such as Facebook Live or Periscope. The question is, should people be doing this?

Today’s special guest contributor is Rob Sciglimpaglia. Not only is he an attorney, he’s also an actor and voice talent. He knows our industry and he’s got some really great advice! 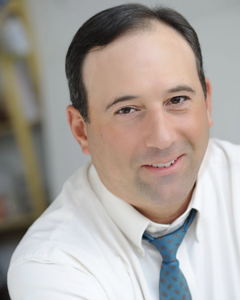 I’m sure many of you have noticed the increase in voice talent filming themselves auditioning for a project and posting it on social media, or even now using Facebook live or Periscope to broadcast the audition live. I don’t understand why voice talent would risk doing this. Psychological explanations aside, this is a very dangerous practice that can lead to serious legal and career damaging consequences.

Even in the absence of a talent signing a non disclosure or confidentiality agreement, audition material should be protected as confidential property belonging to your potential client. What client would be happy seeing their project that has not been released to the public by them, being released to the public by the talent they are looking to hire? This is clearly actionable in a legal sense in that the talent can certainly be held accountable for any damage caused by “leaking” this proprietary intellectual property.

More practically speaking, this can also get the agency or casting director who sent you this material in a whole lot of hot water as well. In the words of casting director Marci Liroff who wrote about this topic in her September 10, 2013 column in Backstage magazine:

“Your auditions for my project should not be available for public consumption. They should only be viewed by me and my filmmaking team, the network, and the studio. The material (the script and audition scenes) are not meant to be viewed by the public at this preproduction stage or, frankly, ever. You’ve heard of spoilers, right? If I’m casting a project that has a top- secret script, it would be extremely detrimental to the project if there were auditions popping up all over the Internet that would reveal the storyline. On my last project, the producer found three actors who had posted their auditions for our film on YouTube and berated me because I didn’t control this better.”

You better believe that if it was your posting that caused the casting director to be berated, then that casting director will think twice, or even three or four times, before sending you another audition.

In my opinion, voice talent should NEVER post their auditions on line, even if they have received permission from the client to do so, because it puts the talent’s need to be seen ahead of the importance of the client’s project, which for an audition, and even the actual job, is the ONLY thing that should matter.

Rob Sciglimpaglia practices in Entertainment including trademarks and copyrights, as well as workers compensation, personal injury and real estate. robscigesq.com

Rob is also the author of the Amazon best-selling book, “Voice Over Legal.” I’d be putting this one on your Christmas Wish List to Santa! Get your copy at voiceoverlegal.com