In addition to my audio demos that I post all over the web, I also have video demos that I’ve shared on YouTube. The fact is, it’s simply too big a search engine to be ignored. With well written descriptions and proper keyword selection, it’s another great way to get your demos found.

Another advantage of video demos is I can include visual messages. In the latest batch that I created, I include quotes from clients and a few other pertinent pieces of info a voice seeker would need to hire me. 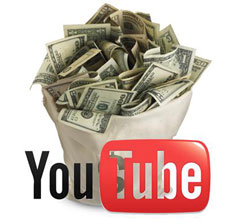 One of the lures of YouTube is the potential to generate income. Running ads on your videos is a secondary stream of income. The more views your videos get, the more income you stand to make. It’s an attractive revenue stream because it’s passive. You don’t have to do anything except wait for people to click your links.

Can you make a lot of money? If your demos were getting tens or hundreds of thousands of views, I suppose you could make some decent money. But let’s be honest, without damaging our egos. I don’t think too many voice over video demos are generating the massive amounts of traffic that is required to get a decent YouTube payday.

Here’s the other side to the YouTube / Google Ads payday you might be hoping to collect via your video demos.

A client clicks on your video demo. As the video begins to play, instead of hearing your voice, they’re forced to sit through an advertisement. Let me ask you, how many times has something similar happened to you? And how many times did you close the video versus how many times you actually waited and watched?

Have you heard the saying, “a nickel is holding up a dollar?”

I don’t know about you, but I’ll make a lot more money from a voice over job than I will from somebody clicking a pre-roll ad on one of my YouTube video demos.

Some of you may be saying, “I turned off the pre-roll ads and I only use you overlay banner ads.”

What if that overlay ad is for a voice over service or site? Or even worse, what if it’s for another voice talent? Now, you might have collected a $0.05 YouTube payday, lost a voice over payday and sent one directly into the bank account of another talent! 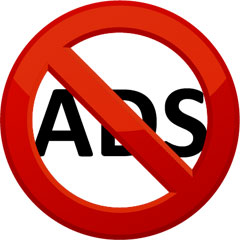 …if you’re posting video demos or promo pieces for your voice over business, turn those ads off!

Don’t let the hope of an AdSense payday cost you a potential voice over payday, because the client didn’t bother to wait for your actual demo to start or because the ad sent them to a different talent they opted to work with instead!

QUESTION: Do you use video demos? Why or why not?