“You get what you pay for.”

“It serves them right.”

“They’ll just have to pay for the job twice when they need to get it re-done.”

Voice Actors have some pretty strong opinions about Fiverr, and often, very little sympathy for those who choose to try and get their projects completed via the site.

In the course of my weekly marketing efforts, at least a few times each week I’ll receive a response from a production company that says, “We book our talent on Fiverr. Can you compete with those rates?”

I’ll be the first to admit those responses frustrate me.

As much as possible, I try to respond professionally. I don’t insult them. I don’t come down on them or their business. I don’t throw out any zingers about amateur work or Dollar Store comparisons. For those willing to listen and engage in the conversation, I do my best to try and help them understand the difference between the product and service they’ll receive on Fiverr and what I offer.

Sometimes they understand. Most times they just look at the bottom line dollar value and make their decision accordingly.

My guess is higher end department stores didn’t get too excited when Walmart built a Superstore down the street and started selling “George.”

Another Perspective Of The Fiverr Equation

Recently I received a phone call from a fellow who was working on production for an eLearning module. Not entirely sure where to look for a professional voice over, and being unfamiliar with casting sites that exist, he did what anyone would do. He Googled. For those familiar with Google searches on voice over, you’re well aware that Fiverr spends the GDP of a small country on AdWords related to voice over. More often than not, they’re coming up top of the screen on searches.

This fellow went to the site, looked around, listened to some demos, and found a “professional” willing to voice his project for $5… or whatever the particular gig rate worked out to.

Upon completion, the Fiverr talent delivered the audio to the fellow who ordered it. He, in turn, played it for his client (the end client) who was less than impressed with the quality of work. The fellow in the middle had a big problem. Not the least of which was a very unhappy client.

That’s when he called me.

It would seem I’m somewhere in Google too!

From the talent side, it’s easy to be frustrated and shame the people who try and book VO’s on Fiverr… until you actually chat with someone who has done it and failed and found themselves stuck in a jam.

This gentleman wasn’t trying to circumvent a pro talent. He wasn’t trying to erode rates and contribute to the decline of our industry as a whole. He was a guy who needed a voice over, did a Google search, found what he needed, went with it, and got taken for a ride by someone claiming to be a professional voice talent.

He was also a guy trying really hard to make things right with his end client.

After listening to his story, I was more than happy to do what I could for him. Giving him a great experience would not only solve his problems, but also give him a taste of how a true professional in our industry operates.

After sending me his script, I provided a quote and he didn’t even flinch at the rates. My work spoke for itself, he said, based off the demos he’d listened to.

Whose Responsibility Is It? 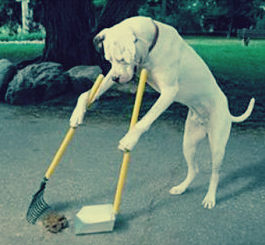 As I reflected on my conversation with this fellow, I couldn’t help but wonder who was really at fault in this… or if fault is even the proper term to use?

As much as I like to tell my girlfriend I know everything, and as much as my family may sometimes (sarcastically) refer to me as a Know-it-All, the fact is… I don’t know it all. Shocking… but true!

Thinking over the situation, I couldn’t help but realize how easily I could find myself in a similar situation. Not knowing about a particular industry or profession. Jumping onto Google to find the answers. Taking the results at face value. Hiring someone who said they were a professional, only to find out they really weren’t.

It could happen to any of us.

When I thought about it from that perspective, it occurred to me that I need to really re-evaluate the way I think of, and handle, people who are using or considering using Fiverr for the voice over work.

Without a doubt, some people are using it because they’re cheap.

Others, however, may be using it because they don’t know where else to go.

That means I need to do a better job of marketing. It also means we all need to be respectful of how we speak about Fiverr on all the platforms we use that are connected to our business.

Be Part Of The Solution

I really do think it comes down to education, and we all have a responsibility and role to play when it comes to education. This is where I truly believe an organization like World-Voices can have a huge impact. In order for that to take place, we all must throw our support behind WoVo.

Everything we can do to spread the word about voice over as a profession and professional industry matters. Content we create and share can get in front of the people who need to read it. The more we do this, the easier it will be for people seeking a voice to learn how to do it in a way that brings the most value and benefit to their message.

In the meantime, perhaps as an industry as a whole, we can devote a little less energy to demonizing Fiverr and a little more energy to helping people find the professional alternatives.