If I were to ask you what you plan to be doing when you’re 94 years old, if you’re anything like me, I’m guessing you’re thinking something along of the lines of, “If I’m still alive I’d just be happy to be breathing!” 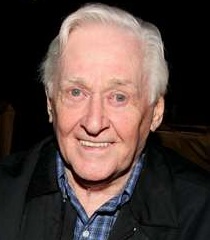 Not many of us would be thinking of working at 94.

Not many of us are Alan Young.

When Capcom announced they were releasing DuckTales Remastered, perhaps more exciting for some than the release of the game was the fact that all, yes ALL of the shows original cast of voice actors have returned for the project.

Including 94 year old Alan Young, the voice of Scrooge McDuck.

“[Alan Young] is now 94 years old but he still came into the studio and did his thing like a pro. The voice work really adds a lot to the package.”

QUESTION: Do you still hope to be doing voice over work at 94?