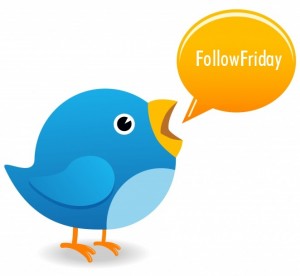 I’ve been on Twitter since before it was cool. Longer than Ashton Kutcher. Longer than Oprah. August 31, 2008 is when I originally joined.

When I first got on Twitter the hashtag #FF meant something different than most people use it for today. It was associated with Friend Feed. On any given Friday when I see people using the #FF tag, I can’t help but think, “you’re doing it wrong.” You’ll only ever see me use#FollowFriday. I’m old school like that! 😉

These days #FollowFriday works a lot different, and, to be honest, I’m not sure I’m a fan. Twitter Bombing your followers with 5, 10, 20 or more tweets that just list a bunch of @usernames isn’t a very effective way to gain new followers for yourself or anyone you’re including. Mostly, it just annoys people. It may even cost you followers. Twitter Bombing is not cool.

Instead, if you really want to try and generate some new followers for yourself and the people you think are worth a follow, why not try a more focused and targeted approach.

7 Tips For A Better #FollowFriday

1) Just Name One: Only include a single @username in each of your #FollowFriday tweets. This way each person you’re recommending gets all the focus of your 140 characters. It also cuts down on the clutter of listing multiple people in the same message.

2) Tell Me Why: It’s not enough to just line list a bunch of names. If you’re recommending someone for me to follow tell me why I should. You’ve got 140 characters to make the sale, so to speak. Are they funny? Do they share great content? Do they own a business I’d be interested in? Give me a sentence on why they’re worth following and I’m more likely to do it.

3) Use Hashtags: You’ve told me why to follow them. Next use hashtags to group them. This helps your followers determine the relevancy of the follow to them. Are they involved in #voiceover? Are they a #photographer? Are they a #firefighter? Sticking that hashtag in helps your followers sort them out. As an added bonus other people who search that hashtag find your recommendations as well!

4) Spread Them Out: #FollowFriday lasts all the live long day. That means there is no need to clog your feed with 20 of them all at once. Send one out there. Give people time to read it. Check the person out. Make a decision to follow. If you send too many tweets all at the same time many of them will get lost in the clutter. #DontTwitterBomb 😉

5) Be Reciprocal: If someone gives you a really great #FollowFriday shout out, give them one back. Doing this, to be clear, does not mean retweeting the shout out they gave you. It means taking the time to construct a dedicated tweet for them the same as they did for you.

6) The Group: I know in tip 1 I said do it one at a time. And I stand by that. However, if you have three or four people that all share something in common a group tweet can work. For example, “Here’s a #FollowFriday for @Voice123 @DerekChappell @AnnUtterback and @CourVO. All tweeting great #voiceover content.”

7) Leave Room: I know you have 140 characters but when it comes to #FollowFriday tweets try not to use them all. As a general rule of thumb, leave 15-20 characters so that anyone who gives you a RT can also toss in a quick comment. The retweet is really where you’ll experience the power of Twitter.

I’m always on the lookout for great new followers that are relevant to me and my interests. Taking the time to do #FollowFriday right can be a great asset to your followers as they build their list of quality follows. I can also be a great way to send some love to the people who you enjoy following most.

I look forward to seeing your #FollowFriday suggestions today!