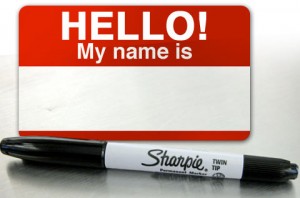 I’ve read a lot of interesting discussion on the practice of slating over the years and, to this day, I’ve still not entirely settled in on my position. I can make arguments either way based on what I’ve learned both from reading and from experience.

Over the next few days I’ll be posting on demo slating. Reasons to do it. Reasons not to do it. How to do it. I’ll also be looking for your feedback.

1) It identifies you: If a client is going to be listening to dozens of auditions, or more, slating is a sure fire way to make sure they know which audition is yours.

2) Name pronunciation: This may seem like a minor deal, but it can be a big deal. Not everybody has two first names (*cough* Marc Scott *cough*). Slating saves the client the embarrassment of contacting you and not knowing how to correctly say your name.

3) Eliminate talent confusion: Losing a job because the client liked your demo but called someone else would stink. But it can happen. The client loves your demo, but confuses it with someone else’s because your demo wasn’t slated and there’s was.

4) Audition information: Do you do more than one read in your auditions? Slating your demo by saying, “I’ll be giving you 3 reads to consider” lets the client know the audition doesn’t end after the first take.

5) The client requests it: Did you read the clients instructions? If they request a slate and you don’t include one… you likely just cost yourself any chance at the job!

All of these are great reasons to slate every demo / audition. That said, this is only one side of the slating coin. Tomorrow I’ll share some reasons why NOT to slate your demo.

Have you got any reasons for slating that you’d like to add?