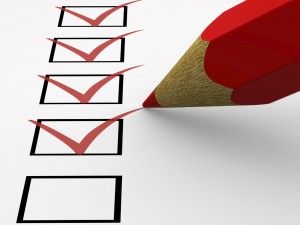 On Monday I wrote a post titled 5 Tips For New Voice Talents and received some great feedback on it. People trying to break into the Voice Over Industry sent me tweets and emails thanking me for the advice.

Based on the responses and the requests I had for more advice, I spent some time over the last couple days doing some thinking. What other tips could I offer?

Here’s what I came up with.

1) Read Blogs: I read great voiceover blogs daily. The people that have been in this industry for a long time have plenty of great advice to offer. Whether you use the Pay 2 Play sites or not, I’d also suggest signing up for VOX Daily from Voices.com and for the Voice123 email list as well. Both of them offer plenty of great advice. For a great starting point on blogs to subscribe to check out this link from Derek Chappell (@DerekChappell).

2) Use Twitter: Want to learn a lot about the #voiceover game 140 characters at a time? Get on Twitter and start following every Voice Talent you can find! It’s an incredible steady flow of amazing content on a daily basis. For a great starting point on who to follow on Twitter check out 6 Great Twitter Lists For Voiceover.

3) Produce Multiple Demos: Do you voice commercials? Make a commercial demo. Do you voice phone systems? Make a phone system demo. One generic demo isn’t good enough anymore. And in the digital world of MP3’s and social networks making it easier than ever to promote yourself and your demo, there is no excuse to not have a different one for every genre of voice work you do.

4) Check Your Impressions At The Door: I listen to a lot of voice demos. I want to hear what other Voice Actors are doing. How they’re producing their demos. What they’re including. I recently listened to a series of cartoon demos on a talent’s site. Not to be rude, but I didn’t recognize a single one of the characters. Were it not for the fact that they wrote the character names below each demo, I wouldn’t have had a clue. If you do original character voices that’s one thing, but posting demos of bad character impressions isn’t going to help you. It’ll only make you sound amateur.

5) Don’t Be Discouraged: Let’s say you submit an audition for a certain job. You feel great about it. You really connected with the script, you delivered a great read, and you’re very confident this gig is yours. Now, let’s say that 49 other VO’s submitted for that same job. Guess what… they all feel the exact same way you do. Only one of you will get the job. That means 49 of you will not. But it doesn’t necessarily mean you did a bad job. It just means you weren’t right for this project. Keep going. Maybe you’ll be right for the next one!

If Voice Over isn’t your full-time job yet, that means something else likely is. You probably even went to school for it. Maybe two, three, four or more years of college. You did that because you needed to train and learn. Voice Acting isn’t any different. You can’t just wake up one morning and decide you’re a Professional Voice Talent anymore than you can wake up one morning and decide you’re a doctor. Devote yourself to learning and perfecting your craft and eventually you’ll reap the rewards. Good luck!